Steampunk is a relative of cyberpunk and is a similar contraction, combining Steam and Punk.

Some unifying elements of steampunk are Do It Yourself (also helps when things inevitably break; if you know how it went together it’s easier to fix), Neo-Victorian aesthetic (chances are most people have garments that could fit this aesthetic that need tweaking), Retro-futurism (jetpacks et al.), Romanticism (steamy!). If you’d like to know more, there’s the always reliable cough cough Wikipedia article on Steampunk.

Steampunk Stuff by Me 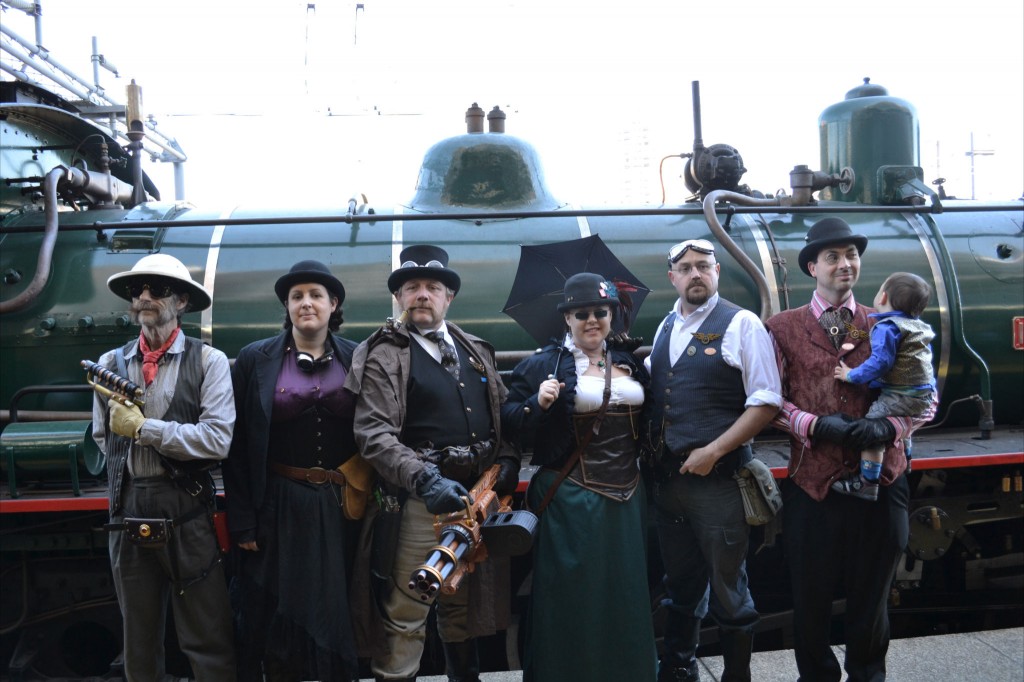 On this very site you can see information of the steampunk group I co-created years ago and my fellow founding members of the Royal Omnitological Society for Electrodyne Adventurers. My blog has posts tagged Steampunk. There's a web-app for generating cogs, however my gauge generate was naff so I removed it.

Pronunciation guides are specified in English phonology. Badly. For fun. The ever popular TV Tropes website has a Punk Punk article that goes into way more areas that are more well known than these.

Instead of rebelling punk, its a survivalist post apocalyptic rationale that drives this intra-genre. Typified by grime, grit, rust, cobbled-together relic-devices from lost civilisations (spoilers: us) and very smart urchins. Some of them explain how we ended up in this mess but many of them just let us surmise that, somewhen, “we done goofed.” TVTropes refers to this as The Apunkalypse.

Things can be marvellous and adventure is everywhere. Evil is obvious and can be defeated by a swift punch to the chin, it may cackle and threaten; but rarely do they do things like break fingers to prove points, evil loves the idea of a civilised duel to show who was right. Strange locales, rose-tinted views of just about everything.

Take actual history and en-tech-ify it. Larger and more solid class divides, many more orphans, the march-of-modern-technology (read: industrial revolution) results in a depression and massive job loss rather than a wonderful age of reason and wonder (unless you’re monarchy or upper class, then bully for you). 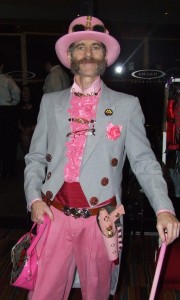 Only one example exists to my knowledge. Thank Tesla.

I kid, this is Ged Maybury, excellent Steampunk author, having fun with the genre. Fun! It's what we're here for!

Just about anything, as long as you cover at least part of it in cogworks, gears, vents, brass or other sciencey doodaderry.