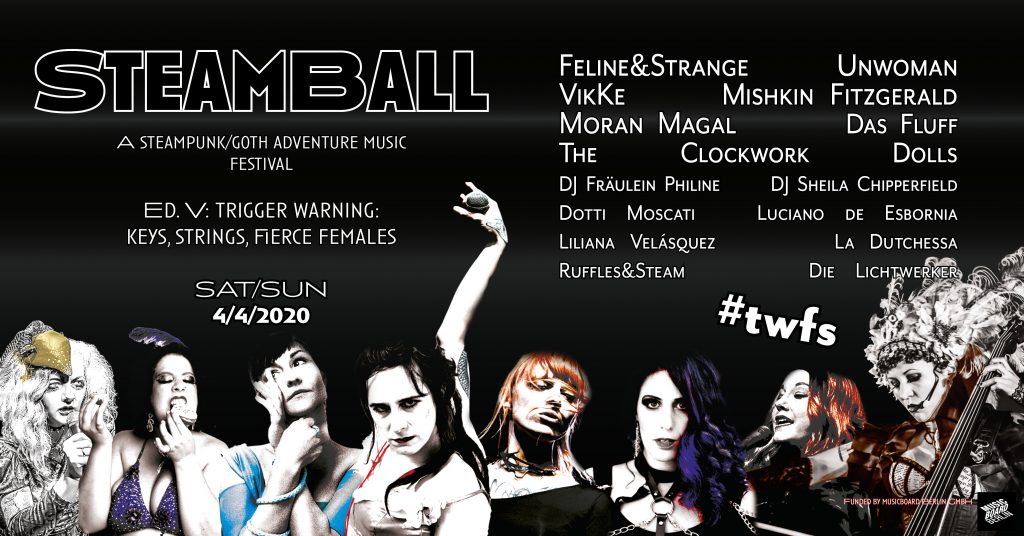 Been a very long time since I went to a concert or an event, the last one was the Steampunk Ghostbusters charity ball (I miss you guys). Popped online this morning and my Twitter feed showed me an event that was meant to be hosted in Germany was... well... still hosted in Germany, but performed and beamed worldwide! For freesies1! Bands and performers shared pre-recorded-specifically-for-event shows and chatted either on the Zoom Official Backstage or the YouTube chat channel. I jumped into Youtube and caught the tail end of the acts (curse you timezones) but it was amazing. I saw bands I know and love such as Unwoman and Clockwork Dolls, as well as some new performers I'll be investigating. Feline & Strange showed a song from their new album Trigger Warning... which unnerved me right off the bat so had to peace out of that one - but if you are into stronger stuff than me the buzz was to give it a shot.

I hope this world crisis gives me more events like this. Smart Enough to Know Better also had a chat-session this morning that I didn't make, darn it, but hey. Next time.

A bunch of the artists have put up Spotify playlists on the Feline & Strange site. Cats almighty! More music for all!